What? Total U.S. Deaths DOWN 10% In March From Prior Years, Further Raising Question Of COVID Impact 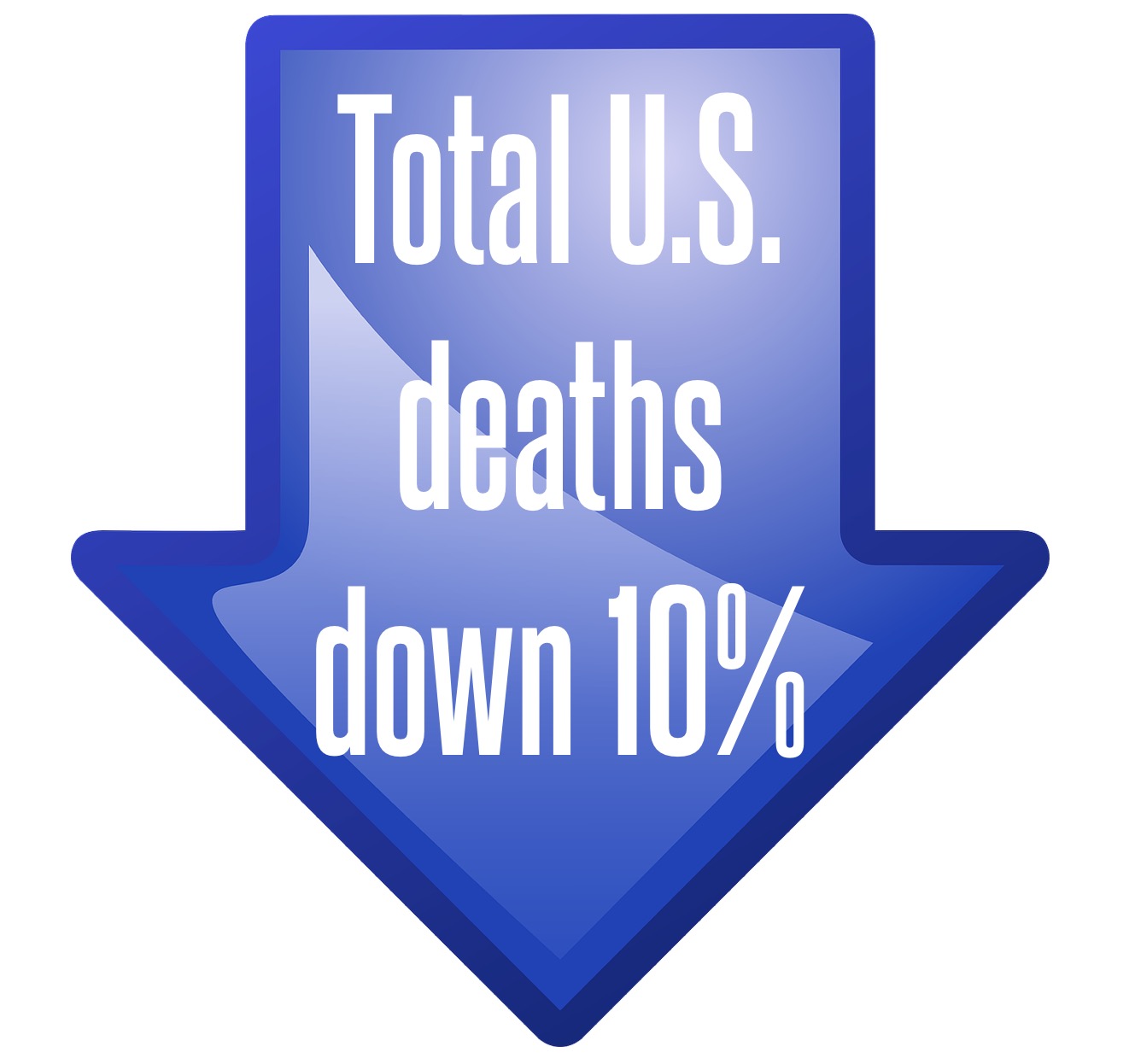 香蕉视频app官网iosAccording to data obtained from the CDC's National Center for Health Statistics Mortality Surveillance System , total U.S. deaths for the first three weeks of March are DOWN 10% from the average of the prior four years for the same three week period.

香蕉视频app官网iosThe average for weeks 9 through 11 for the four prior years was a total of 170,555 deaths. For weeks 9 through 11 this year, the total is 153,015, meaning 17,540 fewer people died in America during the first three weeks of March than could be reasonably expected. And the gap between historic deaths and weekly deaths is widening. For week 11, just 47,655 Americans died, 8,773 and 15% fewer than the average for week 11 in the prior four years. And while data on week 12 is not complete, it is trending similar to week 11 and will likely be down by 15% (around 8,700 deaths less than expected) even though 1,919 COVID-19 deaths were reported (in week beginning 3/22).

The final data for March could show a total of 26,000 or more FEWER DEATHS in the month than would be expected without even factoring in the impact of 4,000 COVID deaths.

And the decrease in March this year is a change from prior months. Comparing the CDC data for this flu season leading up to week 9 (week 40 from 2019 through week 8 of this year) to the average of the prior four years shows almost the same totals. This season's death total is actually up 3.5% over the average of the prior four years. Then the death totals plummet in March.

Of course, it is possible that increasing death totals from COVID-19 will change the numbers as April's data is collected, but there is strong evidence that this will not be the case. First, anecdotally, we are hearing from hospitals across the country that hospital visits are down and hospitals are laying off staff. A Yale doctor wrote a NYTimes op-ed on this subject entitled "?" After noting that his fellow doctors are wondering where the heart attacks and strokes have gone, the doctor references an "informal twitter poll" that found "almost half of the respondents reported that they are seeing a 40 percent to 60 percent reduction in admissions for heart attacks; about 20 percent reported more than a 60 percent reduction."

This doctor's theory is that people are staying away from the hospital, which may be the case (since they scared us to death and since logic dictates that hospitals are now the main VECTOR of transmission for COVID-19). But there may be another reason we may not see an increase of total U.S. deaths, even during the expected peak in April.

Some analyzing the data in Europe are that overall mortality across the pond hasn't risen much, raising questions as to what the true death toll (actual net increase of deaths more than would be expected) of the virus will be. Even Neil Ferguson, the oft-quoted mastermind behind the doomsday (and wildly false) prediction that 2.2 million Americans and 500,000 Brits would die from COVID-19, admits as such. When downgrading his projected death total from COVID from 500k to 20,000 in the U.K., Ferguson then that the net impact on overall mortality will be "substantially lower." In fact, Ferguson said those who could be expected to die even without COVID-19 "might be as much as half or two thirds of the deaths we see, because these are people at the end of their lives or who have underlying conditions.”

In other words, the U.K. is locked down for a NET increase of as little as 6,600 or so deaths. Nobody wants to say it, but even Ferguson admits that the vast majority of those dying from COVID-19 would likely have died within the year anyways. There, we said it.